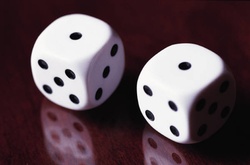 What is depression? Where does it come from? Different words have been used to label this mysterious psychic phenomenon for thousands of years: melancholia, nigra bilis, lugubris, morositas, wistfulness, saturnine, and the modern scientific diagnoses: depression, unipolar disorder, depressed episode of the bipolar disorder.

In this mood you feel hopeless, overwhelmed and experience a lack of motivation. “A dead end from where there is no way out.” One is desperate to find joy and happiness, but there are only bad thoughts and the sour experience of making wrong decisions all the time. This is a real misery, and it is natural you want to turn and run away from it.

There are emotions, either pleasant or unpleasant, which we are more liable to experience and act out than others. The reason for this is that certain feelings and attitudes fit our self image better, whereas, others are much harder to show or live with, andso we can become extremely sensitive to them. Because these embarrassing ones can have a shocking effect on us: we experience turmoil and terrible insecurity when they appear. But because life situations are so colourful sometimes they would just trigger the embarrassing ones too.

In the course of the development of our cognitive and emotional capacities we encounter problems that originate from the contradiction of inner motivations and values. One or some of these conflicts can be so painful and confusing that we cannot decide what approach to choose; “which leg we should tear off to get out of the trap”. In the inner world certain situations can be as dramatic as this. Another “solution” of the contradiction is ignoring the conflict. With an unconscious training we experience that we can do so, that is to say, we can gradually and unconsciously learn how to react to frustrations and stress situations by displaying those emotions that may be still disturbing but meet our and our parents’ expectations, and fit the self image better, and this way we can ignore the problematic emotions. People can readily recur to these emotions. Experiencing these feelings diverts our attention and so it can cover the other, more primary and more frightening, reactions which are suppressed this way. So, it is a very interesting feature of human nature that we can use this subconscious substitution to defend ourselves against those moods that we are completely unable to cope with, because we are not used to them and they painfully contradict the image of our personality. The emotions that are easily displayed are likely to become “cover emotions”, and those that are difficult to act out and deal with are likely to become “hidden emotions”. All of us differ more or less in this respect one way or the other. One’s hidden emotions can be the other one’s cover emotions. A real irony and challenge of life is that the passion of romantic relationships often originates from this exciting contrast. And later on in a marriage, for example, this contrast can be a source of eternal conflicts, but life-long learning as well.

A constant search for new experiences, discoveries, surprises, impressions, enthusiasm and bliss is what characterises the other end of the bipolar disorder: the manic or hypomanic episode, the partly successful running away from being depressed. To break out and achieve that extreme zeal, that is to cover depression, you need a tremendous amount of energy and a technique to focus your attention to exclude the disturbing part of reality. The problem with this try is that one does not work through those barriers that block the way, but it is only an emotional gut reaction lacking the comprehensive and intelligent understanding of the actual problem. And so, as soon as energy is consumed and the nervous system switches to rest mode the person is likely to fall back into melancholy, but even a deeper one because it is amplified by the feeling of exhaustion which naturally generates a lack of motivation, which one is very likely to try to get rid of if perceived, as something intolerably terrible. And so the recurring circle starts again. But running away from reality again and again by generating a certain  kind of exaggerated experience results in getting more and more familiar with it, so it will gradually be less and less stimulating, and so less and less effective in diverting the attention from the original problems and the sheer emotional reactions to them. So, to sustain a positive result, stimulation has to be increased, which at a certain point becomes really crazy, and one can even destroy his or her life without even realising the fact of having become an addict. Sometimes these altered states of mind are a spice of life, and can liberate you like a celebration with those who are close to you. But using these extreme experiences regularly for escape is like forcing the mind to think differently, and because of this a desperate fight can start deep inside. So, in a lot of cases the very different kinds of addiction are a consequence of trying to escape from depression. Thinking it over even with a common sense, many conclude that these hysterical, or auto suggestive, or psychedelic or alcoholic states of mind are just pointless efforts to forget bad, disturbing thoughts because they have to come back to reality afterwards anyway.

To live in a constant depression, without any remarkable maniac defence mechanism, means being aware: that the abovementioned illusory trips will not help. However, one can still yearn for a life of ease, and lacking the capacity to get it feels helpless. One finds that there is no way to change that miserable mood, but still believes that would enjoy happiness if something was different. One can blame oneself or others for this, and at this point from under the cover of depression, melancholy, sadness, bitterness or resignation a different feeling can emerge: anger.

In case when depression is on the surface we often find an underlying turmoil of unexpressed anger and annoyance. Suppressing anger really consumes energy. No surprise that one experiences a lack of energy in a depressive episode like this. It happens many times that prostration is a result of an aborted revolt. Because one couldn’t find a compromise between the ambivalent feelings of extreme anger and sorrow. In this situation, psychotherapeutic treatment of the mopes has to include the improvement of those capacities that make one able to surmount this deep conflict, examining the pattern of relationship to others and the basic questions about e.g. freedom, independence and anxiety.

Feeling down can also be a result of futile trials to fulfil exaggerated, idealized but obscure desires of the family. When these too high expectations are built into a person’s value system then the series of disappointments can cause a resignation that can take the form of depression. In this case it is called learned helplessness.

In other cases, for example, anger can be the cover reaction to stress situations, which can hide the depression or anxiety or the feeling of exposure that one is unable to integrate.

So, symptoms can be seen as imperfect solutions to very deep primary problems of self development. From this perspective a symptom can show a certain coping strategy toward difficulties: For example anger ceases with resignation, or when anger is acted out the feeling of guilt or despair goes away, etc. Nevertheless, these reactions are not real solutions, because they can cause suffering and secondary problems for us, or for others. Uncovering and facing our hidden emotions help in getting familiar with and tolerating them. As a result of this, one can become stronger and more balanced, because being less scared of the negative feelings makes it possible to deal with them better, and so, the acting repertoire of the personality can get broader. Therefore it can be very helpful to devote time to reveal and make friends with our underlying obscure primary fears and desires to find more creative and adequate answers to our problems.